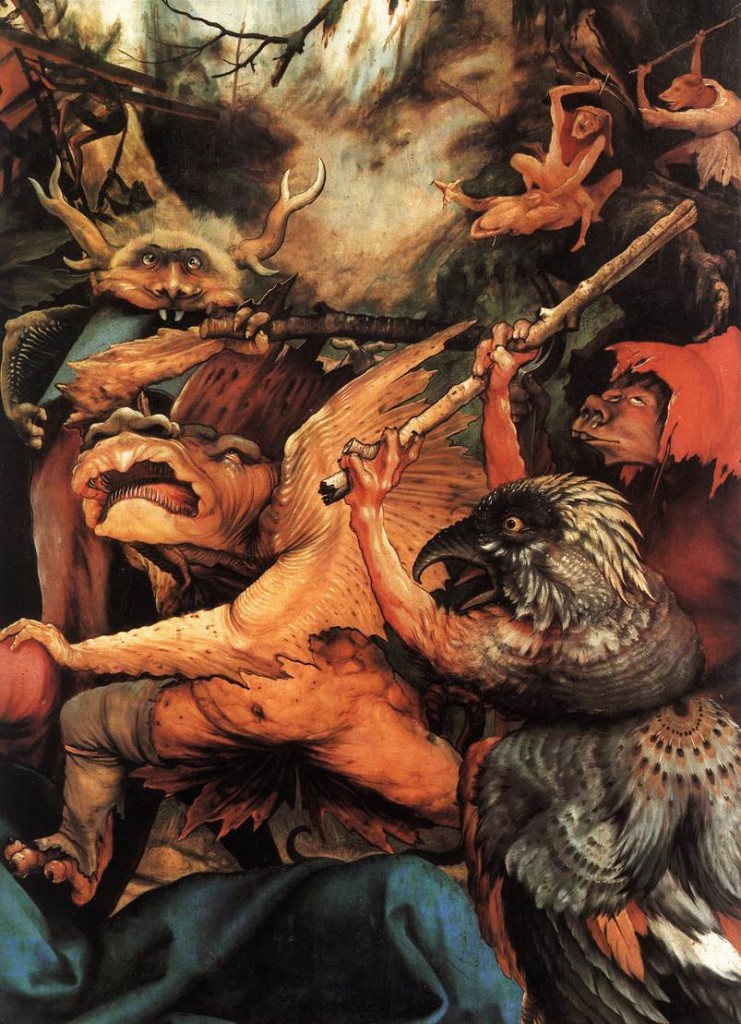 Surprise: Halloween’s Not a Pagan Festival After All

The holiday and its customs are completely Christian, and some are uniquely American.

Excerpted from Catholic Parent magazine in 2000.

We’ve all heard the allegations: Halloween is a  pagan rite dating back to some pre-Christian festival among the Celtic Druids that escaped church suppression. Even today modern pagans and witches continue to celebrate this ancient festival. If you let your kids go trick-or-treating, they will be worshiping the devil and pagan gods.

Nothing could be further from the truth. The origins of Halloween are, in fact, very Christian and rather American. Halloween falls on October 31 because of a pope, and its observances are the result of medieval  Catholic piety.

It’s true that the ancient Celts of Ireland and Britain celebrated a minor festival on October 31–as they did on the last day of most other months of the year. However, Halloween falls on the last day of October because the Feast of All Saints, or „All Hallows,“ falls on November 1. The feast in honor of all the saints in heaven used to be celebrated on May 13, but Pope Gregory III (d. 741) moved it to November 1, the dedication day of All Saints Chapel in St. Peter’s at Rome. Later, in the 840s, Pope Gregory IV commanded that All Saints be observed everywhere. And so the holy day spread to Ireland.

The day before was the feast’s evening vigil, „All Hallows Even,“ or „Hallowe’en.“ In those days Halloween didn’t have any special significance for Christians or for long-dead Celtic pagans.

In 998, St. Odilo, the abbot of the powerful monastery of Cluny in southern France, added a celebration on November 2. This was a day of prayer for the souls of all the faithful departed. This feast, called All Souls Day, spread from France to the rest of Europe.

So now the Church had feasts for all those in heaven and all those in purgatory. What about those in the other place? It seems Irish Catholic peasants wondered about the unfortunate souls in hell. After all, if the souls in hell are left out when we celebrate those in heaven and purgatory, they might be unhappy enough to cause trouble. So it became customary to bang pots and pans on All Hallows Even to let the damned know they were not forgotten. Thus, in Ireland at least, all the dead came to be remembered–even if the clergy were not terribly sympathetic to Halloween and never allowed All Damned Day into the church calendar.

But that still isn’t our celebration of Halloween. Our traditions on this holiday center on dressing up in fanciful costumes, which isn’t Irish at all. Rather, this custom arose in France during the 14th and 15th centuries. Late medieval Europe was hit by repeated outbreaks of the bubonic plague–the Black Death–and it lost about half its population. It is not surprising that Catholics became more concerned about the afterlife.

More Masses were said on All Souls Day, and artistic representations were devised to remind everyone of their own mortality. We know these representations as the danse macabre,

or „dance of death,“ which was commonly painted on the walls of cemeteries and shows the devil leading a daisy chain of people–popes, kings, ladies, knights, monks, peasants, lepers, etc.–into the tomb. Sometimes the dance was presented on All Souls Day itself as a living tableau with people dressed up in the garb of various states of life.

But the French dressed up on All Souls, not Halloween; and the Irish, who had Halloween, did not dress up. How the two became mingled probably happened first in the British colonies of North America during the 1700s, when Irish and French Catholics began to intermarry. The Irish focus on hell gave the French masquerades an even more macabre twist.

But as every young ghoul knows, dressing up isn’t the point; the point is getting as many goodies as possible. Where on earth did „trick or treat“ come in?

„Treat or treat“ is perhaps the oddest and most American addition to Halloween and is the unwilling contribution of English Catholics.

During the penal period of the 1500s to the 1700s in England, Catholics had no legal rights. They could not hold office and were subject to fines, jail and heavy taxes. It was a capital offense to say Mass, and hundreds of priests were martyred.

Occasionally, English Catholics resisted, sometimes foolishly. One of the most foolish acts of resistance was a plot to blow up the Protestant King James I and his Parliament with gunpowder. This was supposed to trigger a Catholic uprising against the oppressors. The ill-conceived Gunpowder Plot was foiled on November 5, 1605, when the man guarding the gunpowder, a reckless convert named Guy Fawkes, was captured and arrested. He was hanged; the plot fizzled.

November 5, Guy Fawkes Day, became a great celebration in England, and so it remains. During the penal periods, bands of revelers would put on masks and visit local Catholics in the dead of night, demanding beer and cakes for their celebration: trick or treat!

Guy Fawkes Day arrived in the American colonies with the first English settlers. But by the time of the American Revolution, old King James and Guy Fawkes had pretty much been forgotten. Trick or treat, though, was too much fun to give up, so eventually it moved to October 31, the day of the Irish-French masquerade. And in America, trick or treat wasn’t limited to Catholics.

The mixture of various immigrant traditions we know as Halloween had become a fixture in the United States by the early 1800s. To this day, it remains unknown in Europe, even in the countries from which some of the customs originated.

But what about witches? Well, they are one of the last additions. The greeting card industry added them in the late 1800s. Halloween was already „ghoulish,“ so why not give witches a place on greeting cards? The Halloween card failed (although it has seen a recent resurgence in popularity), but the witches stayed.

So too, in the late 1800s, ill-informed folklorists introduced the jack-o’-lantern. They thought that Halloween was Druidic and pagan in origin. Lamps made from turnips (not pumpkins) had been part of ancient Celtic harvest festivals, so they were translated to the American Halloween celebration.

The next time someone claims that Halloween is a cruel trick to lure your children into devil worship, I suggest you tell them the real origin of All Hallows Even and invite them to discover its Christian significance, along with the two greater and more important Catholic festivals that follow it.

Father Augustine Thompson, O.P., is an associate professor of religious studies at the University of Virginia.